Deejay, producer, composer and owner at Distants Records, Rodrigo Ferraro aka. ‘Deepness’ / ‘Dare2Fly’, is a multi-talented artist who has wowed a progressive sound lovers worldwide and gained the respect of his peers with his diverse, but distinctive blend of dance music. The music emanating from the DJ booth is that perfect club mix of driving percussion, fused with avant-garde sounds and soaring musicality, bursting out of the speakers, soaking everyone in darkness, drenching them in sound.

When Rodrigo began producing music, he showed potential and promise along with unnervingly solid talent, almost immediately. Preserving the quality of music as a priority undertook the search for fresh sounds with his brother Deep-L, thus providing one of the best mergers within the dark field of music. Each production issued has a unique taste, increased vocal, fused percussion with tribal and incredible bass lines result in a unique sound. But not before he had spent the previous five years building his skills giving priority to the sound of the European continent.

With the passage of time has gained the respect of local and international artists and he had the tooopportunity to mix on radio stations likes: KSK Radio FM 101.9, Beattunes, Eilo.org, Proton Radio, Pure FM, Insomnia FM, Mcast, TribalMixes, Election Radio, KL80 FM, among others.

Currently within the production area, Deepness, works in studio and reached the Top 2 of progressive charts in July 2011 with his partnership at the EP ‘Voices of Desert´ by the artist Deep-L. It also has its own radio show called ’’Distants Records Sessions’’ at Insomnia FM. The sound that identifies it now consists of Progressive House fused with dark & tribal elements. 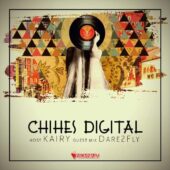